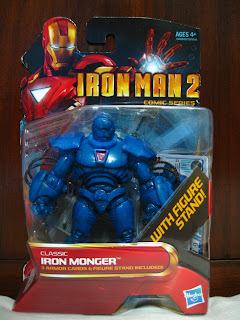 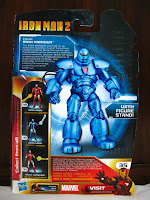 Just when you thought Iron Man 2 fever was over, BAM, they hit us with the DVD and a couple of new waves of toys. 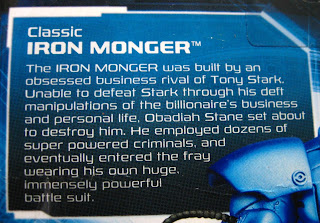 It's very unlike the version that is the beast of the1st movie.  It's very much closer to being spot on color and design-wise to the comic book version.

But just as I thought we were getting away with another all new Hasbro creation, surprise surprise, Iron Man 2 Comic Series 3.75" Iron Monger turned out to be not as new as it looks...

Check it out!
Posted by SirDragonBane at 4:50 PM 13 comments: 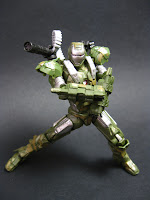 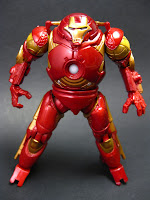 This review was intended to be posted on Articulated Discussion but unfortunately, the site is closed for repair.  Hopefully, ithe gremlins don't keep it down too long.  For now though, the next two reviews I was gonna do over there are well, over here on Chase Variant, so pardon the change in format.  For those of you who don't frequent the fabulous site run by The Articulated One, well, this paragrapgh is gibberish.  Bleargh.  But get well soon, AD.  What would we do without TAO, the ORIGINAL Wes, and Dr (of dirty jibes) Nightmare?  Read stuff here, of course! :P  Just kidding.  But please read on still.

Oh and the site may e down, but you can still read the archived reviews, a whole bunch of which are ones I did for Iron Man 2 figures!  Yay!

***
While I've done reviews comparing two figures, I've never attempted three.  Can't help it this time.  I don't wanna be a tease with this trio of toy goodness by taking a look at them one by one.  I'll be trying to do what I'm worst at: keeping reviews short!  But with three figures on hand, prepare for a colossal armor-fest of Iron Man 2 proportions, featuring 3 very familiar sculpts!

Check it out!
Posted by SirDragonBane at 4:03 AM 2 comments: 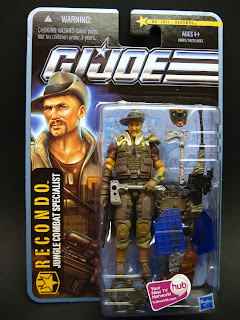 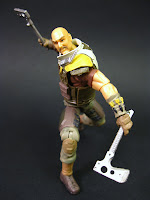 Stalking Recondo
In the jungles of Congo,
Once you had hair,
Now you're a baldo.

Jesse Recondo,
You look more like Gung-Ho,
I say you're Edward Norton,
Chubbier, with a mustachio...

I knew my major in Creative Writing would come to goood use some day.  Yup. 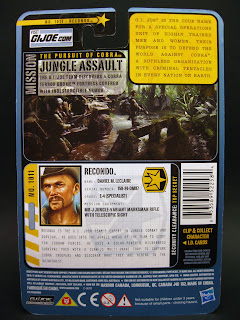 Like all the rest of these figures getting a push in the Pursuit of Cobra Jungle theme (excepting Duke), I really have no connection or love whatsoever for the character.  Except for my masterpiece of a poem up there. :P That's why I'm not bothered that he looks more like Gung-Ho or should have hair etc.  I'm kinda neutral about the Recondo character. 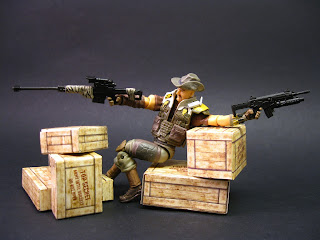 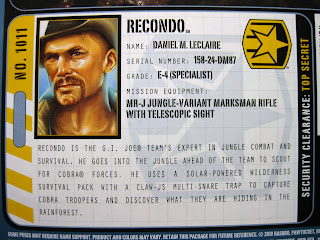 
It's not that I actually liked the guy or his character during his wrestling days.  I mean, what kinda of a man wears a feather boa, bandanna, and tights?  Well nowadays, most everyone but when I was a kid, it was strange to say the least.

I kinda of liked him a little bit better when he first took over as governor of Minnesota--I was headed up there for college and most people seemed to like him then, especially when he had a nice bald head and returned them tax money at the end of the year.  Or something like that. 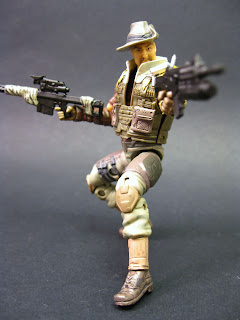 But then Minnesotans started to turn on him when things got heavy and he started to go a little crazy.  It was kinda not cool to say you liked The Governor back then.  So I didn't.  And he grew out his hair, or what was left of it.

But it was really these two classic quotable quotes from Predator which just made Recondo come alive and revive the Blain character in the Ventura of old: 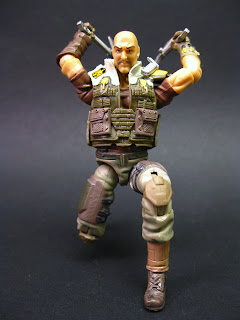 "This stuff'll make you a goddamn a sexual tyrannosaurus.  Just like me."

How can you that not catch your attention?  And really, the poor guy, for all his tough talking, didn't really get a good shot off at the Predator before the guy put a hole in his chest the size of, well, his chest.  But like Billy Sole (POC Spirit: Iron Knife), Blain has been immortalized in 3.75 inch scale plastic and will forever live on in our playrooms/on our display shelves.

And was it a good immortalization?  Well, I ain't got time for jibber-jabber so jump on over!

Check it out!
Posted by SirDragonBane at 3:53 AM 11 comments:

Masters of the Universe Classics Faker 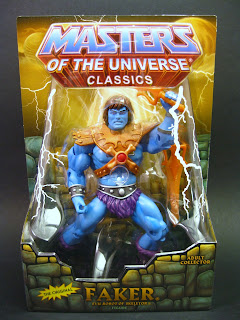 Now this rare variant of He-Man is pretty tough to find, so tough that the only place you're likely to find him is in the Royal Palace trash.  (Or at Mattycollector.com.)  But for those of you lucky enough to find him on the shelves of specialty stores or buy him off said website, you'll have to beware that you don't end up buying the original He-Man instead. 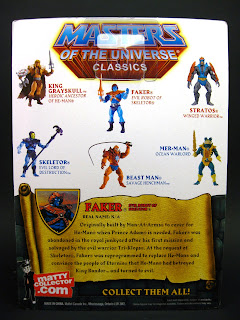 For you see, there are very minute differences that make this He-Man variant very unique in his own right.  If not for these, they'd look so alike that even the real Masters of the Universe wouldn't even be able to tell them apart.  But we are way smarter!  For example, did you notice the bluish tone to his shin?  Yup, that's the first clue that this guy is not simply the original re-release.

Other differences include the slightly red-brown hair, red eyes (betcha almost missed that), and get this--if you look closely enough, you'll see that his leather harness is not He-man's, but a repainted version of Skeletor's! 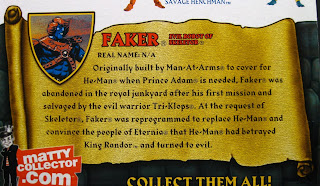 I got this funky variant at a good local price of S$45 (US$32),which is a good $5-8 under the usual prices at the local specialty stores.  Upon cracking the package open, I discovered that he's got a VHS tape player on his chest!  That's a sweet Easter egg of a difference to set him apart for your average original He-Man release.

Also, don't be thrown off by the name they give you one the package--Faker.  This guy's the real deal!  He's really He-Man!  He's the truest, most original He-Man variant you'll ever find.  He's so close to the real thing that you might even think of him as a genuine fake.  Don't believe it?  Well, click on and see, non-true-believers!

Check it out!
Posted by SirDragonBane at 4:49 AM 15 comments: