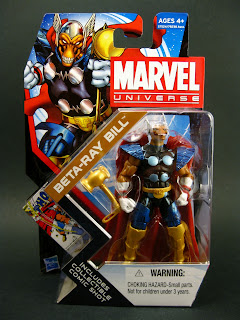 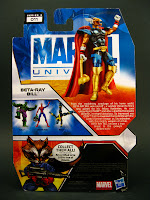 Weeks after I get this guy, can you believe he's become a peg-warmer?  In these parts, there's so much of ol' BRB on the racks that the 5 Kraven, 3 Astonishing Beast, 2 Hulk and numerous Jubilee look like they are hot items.  Well, I guess they are, depending on where you live, but I jumped at the chance to get him at full retail thinking that he'd be hard to find.

Given that he's a cult favourite and that he has a working jaw makes him hard to resist.  But never did I think the cases that came over to Singapore would have so many Beta Rays that he'd be left on the shelves like an unwanted knockoff.

Clearly, he isn't.  I was always curious about the character.

Well, after I got over my "meh, this guy is  horse dude in Thor's armour" phase, anyway. (I was just 6 year-old or something.)  I'd did find out from the time I got BRB that his story is fleshed out in "The Ballad of Beta Ray Bill" but I have yet to locate a physical copy so I'll still have to wait to find out more about him.  The action figure though?  I can tell you about him right now! ;) 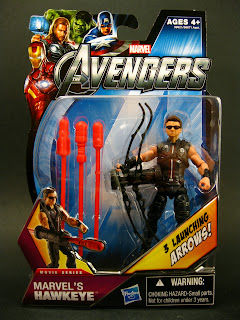 Ya know, what is it with guys with a bow?  It's like they hit a target and everyone thinks they're cool.  Seriously, they're not! 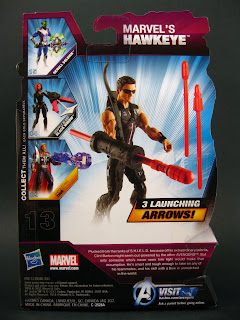 Just look at those guys in that whatchamacallit Games going on right now in London...That's right, the Olympics!  Ya don't see taught, tight, muscular bods, cool shades, pointy ears, or designer haircuts.  You see (some) overweight, bespectacled, ordinary-looking dudes shooting at stationary targets.  Stationary targets, fer cryin' out loud!  This guy is even legally blind in one eye.  And he won a gold medal by beating his own world record!

But in all honesty, those guys (and gals) are marksmen through and through. 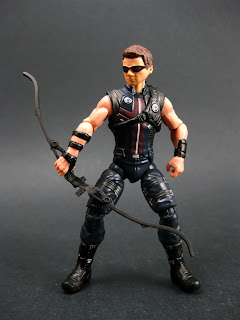 And I'm delighted to say ol' Clinty Barton here is from the same stock as a former Olympian himself!  (Or at least at the Olympian level.)  Sure, those guys at the London Games aren't gonna be shooting into the wind at Chitauri from the edge of a building, but what they do is about just as hard, I reckon.  And I even bet if you asked them to try a no look shot they could hit the target too!

Avengers Movie Hawkeye, though, is on another level.  He's gotta be--dashing, cool as a cucumber, nicely muscled, has all that super spy training, a cool superhero name, and can shoot and hit gods, even if it was just Loki.  And yeah, he's also got a hot superhero wife in Mockingbird.  What's not to like?

So I expected his action figure to be disappointing, especially since this movie line lacks a lot of articulation.  But I was so happy to find him that I had to grab it, since I have a thing for 3.75" actor-likenesses.  And I think I can safely say I was somewhat surprised.  Somewhat.

Check it out!
Posted by SirDragonBane at 3:38 AM 16 comments:

It's been a while since I last had a decent haul.  I think the last time I had anything good enough to be considered a good bargain was way back in December at the Singapore Toys Games and Comics Convention 2011.  Yeah, that's long enough back.

So when I read over at Open The Toy that there was a sale at local department store Takashimaya, I jumped at the chance to go!

So I'd been working without a break since the last week of July so I really needed to cut loose.  And that I certainly did...

Check it out!
Posted by SirDragonBane at 5:43 AM 6 comments: 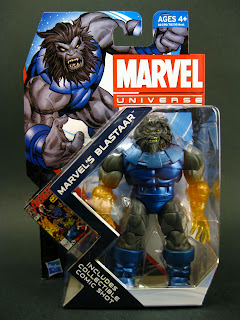 I was just thinking about it while playing around with Blastaar and realized that the really badass villains in both the Marvel and DC Universe come from somewhere other than Earth. 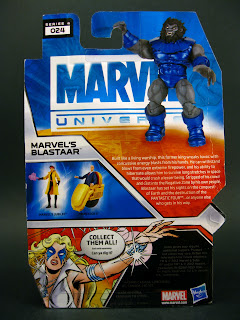 Sure, the craziest ones still come from our neck of the universe--Magneto, Dr. Doom, Apocalypse, the Joker and Lex Luthor--but the really powerful ones usually come from somewhere else.

In the Marvel universe, Blastaar is one of those villains that has the raw power to take over the world single-handedly.  Like Annihilus, Thanos, and Galactus, he's seemingly powerful enough that he could very well take over the universe.

So despite not having read much about him in the comics or seen him much in any other medium, I knew of him.  I can't say for sure where I'd heard of him but he's always been there, hovering like some nightmare Carebear.  And now he's gotten his own Marvel Universe figure!  Yay!  Enough talk, more review!--Okay!

Check it out!
Posted by SirDragonBane at 5:50 AM 17 comments: