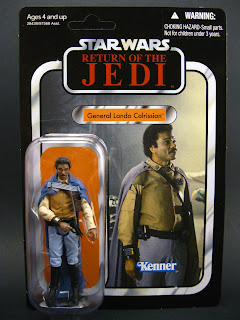 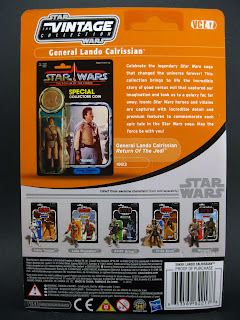 How do I know he's the ladies' man?  Well, the wife and I are watching The Empire Strikes Back and she suddenly says, "I like Lando.  He's my favorite Star Wars character."  Just like that.  Not Chewie, not Wicket, not Luke.  Lando.  See?  Ladies' Man.

I guess it didn't help that Ladies'-Man-Wannabe Han Solo was proving to be an obnoxious piece of bantha poodoo throughout the Original Trilogy.  But come on!  You put that next to Lando "I'm respectable and have got a lot of responsibility, so I betray my friends to Darth Vader" Calrissian and Lando still comes off as more likable?  It's gotta be that slicked back hair and the artfully trimmed 'stache.  It's gotta be.

Check it out!
Posted by SirDragonBane at 5:28 AM 16 comments: 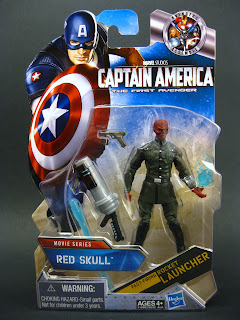 What a movie it was, huh?

Though I liked it a lot, I think I still like Thor better for now out of the two Marvel movies this summer. I say for now because I had the chance to watch Thor thrice, with each time better than the next.  So until I get to watch Captain America: The First Avenger three times, I'm only going to make a temporary judgment. ;P 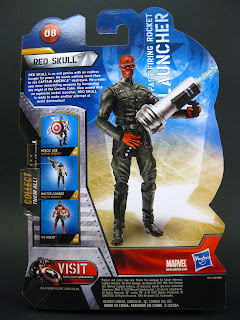 As far as toy lines go, Cap certainly does have the better variety.  I mean, you can put ol' Stevie R in winter gear, jungle fatigues or even toss him in with a spiffy vehicle but you can't really do the same with our favorite Norse god.  Mjolnir can only be repainted in so many ways before people will start to think Hasbro is up to something.  Well, actually we'll know even before that.  But you get my point. 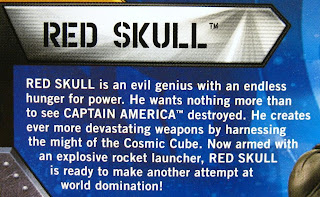 The range of characters we get from the First Avenger line is also larger in terms of characters they can put on a card and sell to us.  Captain Britain, U.S. Agent, Winter Soldier, Red Guardian, and Crossbones all don't appear in the movie but are in the line.  Thor has no characters from outside of the movie so far. 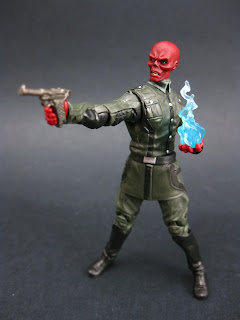 What does this mean in terms of the Red Skull figure?  Well, nothing! ...Except that the Rangerlord and I managed to find a whole bunch of him and Crossbones, both of whom are shortpacked, when we went to our usual Toys 'R' Us.  And we paid retail price too, so one more notch in the belt for the knight/ranger toy-hunting dynamic duo.  Lol.

To be honest I was less than excited about opening Red Skull up until I saw the movie opening night (28th July) here in Singapore.  But after a great movie and a masterful performance by the evergreen Hugo Weaving, I had to bust the figure open and do this review.  Let's see how it went! :)

Oh, and this review will contain spoilers, so be warned! (Even if it is two months since the movie opened.  Heh.)  ;P

Check it out!
Posted by SirDragonBane at 3:08 AM 22 comments:

*Apologies for the long delay between reviews--I've barely had time to take photos though I've written up some reviews I'm excited about sharing--family and a gig I had were beckoning!  But I'm back now with a bigger backlog of toys than ever!  And I say it like it's a bad thing.  Heh.  Well, enjoy this one--I'm gonna attempt to pump out at least two more reviews out by this week!* 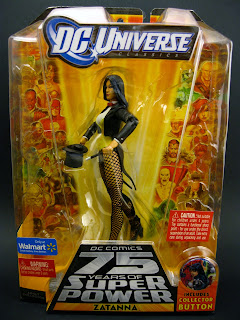 Finally!  Finally after more than a year of prowling, stalking, hunting, waiting...

Finally, I find her!  Zatanna is one tough cookie to find and if you do chance upon her, she's a tough one to find for a reasonable price.  So there was no way that I was turning her down for the low, low price of S$30 (US$25 now, lol)! I'd snagged her at the local Singapore Toys, Games, and Comics Convention about 3 weeks back and on the 3rd day, no less. That's when I expected to find $2 Power of the Force Star Wars Figures going for half-off, not Zatanna in packaging, and sold as a single instead as part of her whole wave, which is what most speciality shops who have her for sale are doing.

My one regret is not being able to get one for my hunting buddy and wingman the Rangerlord, who just returned recently from ranging and scored me a whole buncha Marvel Universe figures and Lego Series 5 minifigs. 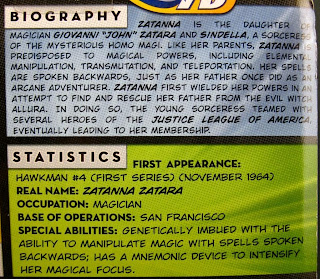 At last count I have 57 unopened toys that I really want to get to reviewing.  That number doesn't include the likes of my Superhero Squad stuff (Marvel, TFs, Star Wars, Indy Jones...arrrgh!!!), (old) movie GI Joes, and MOTU 200X figures.  With that, the total easily comes to over 100, 150 toys maybe.  When I told the Rangerlord, he replied, "Tough life."

But I digress.  On to DCUC Zatanna, who's not one of the many figures that I haven't opened. She just top of the pile I have on my desk right next to the photo studio...

Check it out!
Posted by SirDragonBane at 7:51 AM 20 comments: