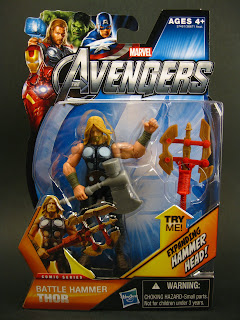 I just realized that I really am liking the Thor.  Really.  Just now.  I mean, I never really was a fan of any of the Avengers, save the Hulk, but he was an Avenger for such a short period and for most of it, a pawn for Loki to boot. 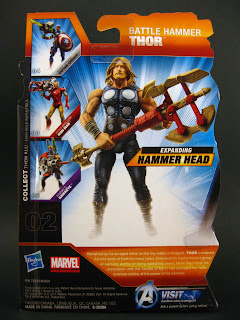 But Thor?  He was sorta cool but in those days when I was a kid he was too He-Man-like.  And anyone who looked a smidgen like my hero Adam of Eternia was obviously a fake/imposter/not the original.  I also had issues with the bare sides in his costume top.  (Is he wearing a shirt or is that some sort of double-sided apron?)

Fast forward a good 30 years later and these guys are all mainstream--Hulk, Iron Man, and Thor all have their own movies and are coming together in The Avengers opening hereabouts in a couple of days.  I find myself now liking them, even Hawkeye and Black Widow (sorry Giant Man and Wasp!  Maybe in Avengers 2?)

And I suppose it's the way that Marvel have marketed their B-Listers and made them A-Listers.  10 years ago, the average person on the street wouldn't know who Iron Man or Thor was.  Now everyone knows and those of us who knew already find ourselves liking them. 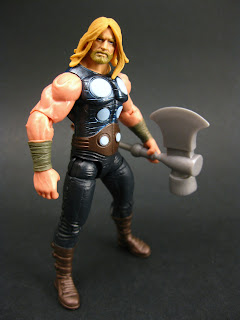 For me, it all began with this little story called the Ultimates.  All the characters were too interesting to ignore.  It wasn't because they were all saints or completely badass.  It was but because I could relate to them and their struggles with ordinary things like morals and dealing with relationships and even having super powers.

Ultimate Thor, for example, was the "Is he for real" hippie who no one believed was a Norse God except for himself.  Yet sometimes he would know things or perform extraordinary feats that would throw you off just when you think you have him pegged for a fake.  Or a god.  And then there was his hammer, half axe and half hammer head.  Even the circles on his suit started to make sense.  I was sucked right in.

So here we are, just days before The Avengers is about to hit screens.  So I guess it's fitting tribute that they've included Ultimates Thor among the first couple of waves of movie figures.  Named "Battle Hammer Thor", let's see how he turned out.

Check it out!
Posted by SirDragonBane at 4:37 AM 13 comments: 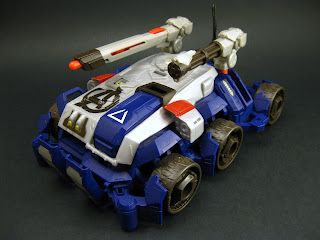 The Avengers 3.75" line has so far proven a little disappointing in the action figure department.  A lack of articulation at a high retail price is a off-putting.  Sure, the sculpts the are beautiful and the paint is pretty good.  Heck, even the packaging really pops on the pegs.  But when you get past all that, you get a figure less playable than pretty much everything out there, except some of those "new" (read: re-released) Star Wars figures with all of 5 points of articulation. 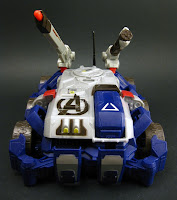 But lo!  Beneath the pegs and on the shelves, in boxes instead of cards, full of compartments and moving parts and every inch as great-looking as the 3.75" figures themselves, were the Avengers vehicles!  There's the Quinjet, Iron Man's jet, the Assault Armours, and this, the Cap's Goliath Assault Tank.  The problem is that their price points are also quite high.  And if it weren't for the Rangerlord finding this in Manila for 2/3 the retail price in Singapore, I would've gotten this much later.  So let's see whether it's as good outside the box as it looks in packaging!

Check it out!
Posted by SirDragonBane at 3:01 AM 13 comments: 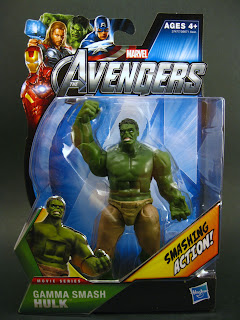 I was really hesitant about getting any of the Avengers movie 3.75" figures.  Almost all of them lacked  articulation, mostly in the wrists and ankles, and Hulk was no different.

The first time I saw him on the pegs, I also felt he looked a little fat and not at all gamma en-muscled.  The price of S$19.90 was also S$3 up from the Iron Man 2 figures and equal to the retail on marvel Universe stuff.  Both of those lines have way superior articulation. So it was an easy pass the first time round. 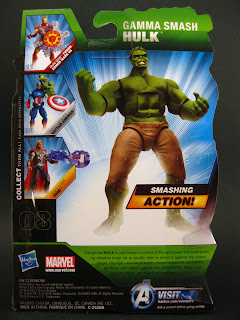 But then I saw less of him on shelves and I kinda started to dig the green.  I guess gamma radiation can have that sort of effect.  But still, I balked at the price.  All the various department stores that had store-wide 20% discounts kept the Avengers stuff at nett price.  The sly dogs.  Still, I passed.

Then on making a long overdue visit to Toyrealm in China Square Central, I finally relented. There was one more Hulk left on the shelf and I felt that if I we to pay retail for this guy, then I'd want to give my money to the nice guy (Vincent) who owns the speciality store.  And guess what?  He gave me a couple bucks off each of the Jolly Green Giant and the Battle Hammer Thor I also picked up!

Needless to say I was now really up for the new plastic crack and busted them wide open the minute I got home.  And while I didn't expect to be blown away, which I wasn't, I guess I can't say I was totally disappointed. 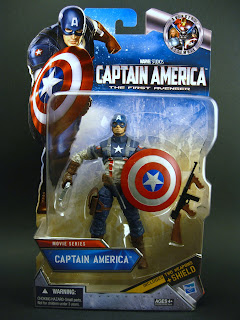 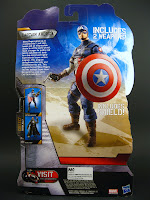 I've had this guy for months now but hadn't gotten round to opening him for some reason or other.  Along with 6" Movie Thor and 6" Nick Fury from The First Avenger movie line, the trio would form the base of what would form my 6-inch movie Avengers collection.

But it wasn't until I started seeing the Avengers 3.75" stuff in stores that I felt motivated to open this bad boy. 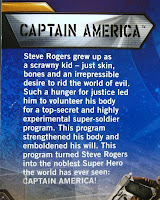 The Rangerlord deserves yet another special mention for snagging me Movie Cap from Malaysia for about half of what it would cost at retail here in Singapore.  And with this figure and the recent release of Waves 1 and 2 of Marvel Legends all I can say is this: when it comes to making 6" figures, Hasbro has got down to a T.

No, the "T" doesn't stand for Turkey any more than the A on Cap's forehead stands for France! ;P
Check it out!
Posted by SirDragonBane at 6:35 AM 8 comments:

The countdown to the May 1st release date of the Avengers here in Singapore has begun!

It's not even because later that same evening, I was picking up my wife at the nearby mall and she texted me "You're gonna wanna check out the department store.  There's lots of Avengers stuff!"

No.  It's because I walked into that very department store and saw these! 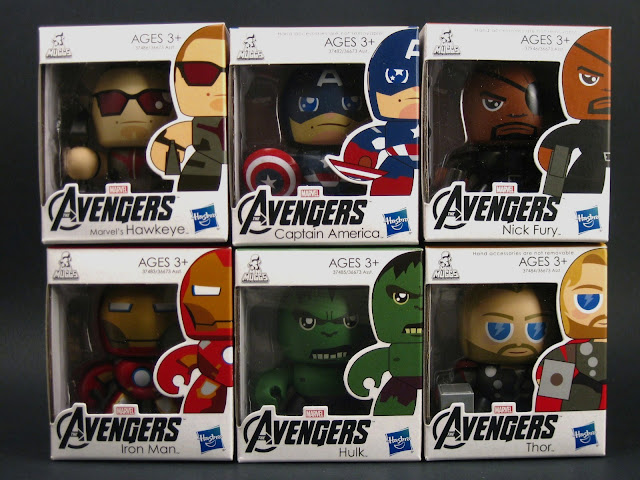 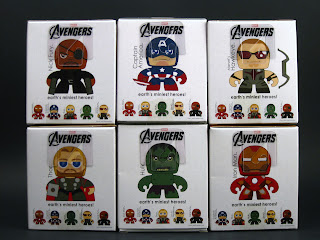 There was a set, only one complete set, and I had to snag it.  Sure, some other guys will probably pick up my leavings of a couple of Nick Fury and a Hawkeye or two, but I, I have the complete first wave of The Avengers Mini Muggs!  Mwahahahaha!

And here I review it. :P 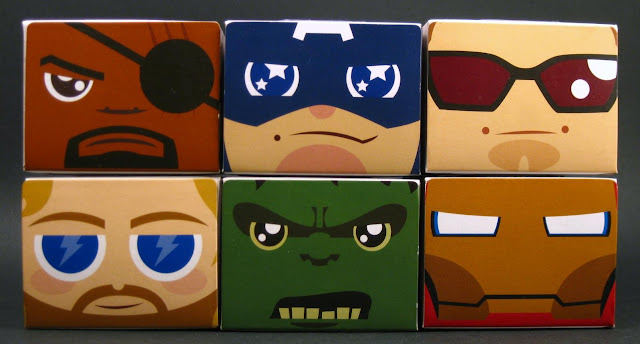 Check it out!
Posted by SirDragonBane at 12:29 AM 5 comments: