Well, some weeks back, my ol' buddy-in-arms from the Articulated Discussion days Wes Dennis scored me some Walmart Exclusives--and the box arrived this week, much to my delight! (Big shout out and thanks to Wes of Scary Crayon!) 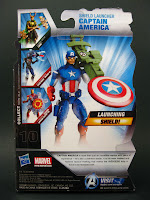 The Avengers movie 6" Captain America was the first figure I pulled outta Wes' Wonder Box of Plastic Goodness, and with 3.75" avengers Shield Launcher Captain America the only figure in that line in that scale I have on the review burner, I've decided to make this a double-header!

Ok, ok, so I haven't gotten around to Avengers 3.75" Hawkeye yet though I got him some time back now.  But I certainly couldn't help not reviewing my first 6" Avengers figure right here, what with it being a Walmart Exclusive and all.  And since I'd taken individual pictures of the 3.75" Cap, I thought a comparison review would be a great idea.

So sit back, relax, and enjoy a double dose of movie Captain America goodness! ;)

Check it out!
Posted by SirDragonBane at 6:36 AM 6 comments:

I was in the local Toys R Us near my office today looking for Transformer generations Wheelie before having to put in a shift for Olympics news coverage.  I promised 3B of 3B's Toy Hive that I'd snag one for him since I'd seen Wheelie there a few days before.

But this was all that greeted me: 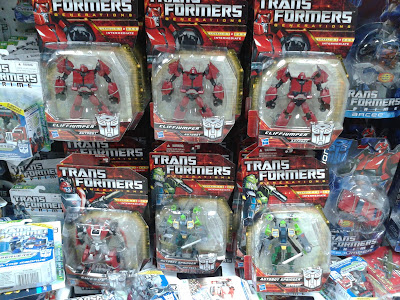 There were a good three or four of him the last time I was there.  From what I'd seen, he looked like a re-coloured Jazz with a new Wheelie head.  He was way too big for my own taste, so I passed.

But this time, he was missing!  Obviously people like him much better than I do.  So sorry, 3B!  I'll continue to hunt one down for ya! 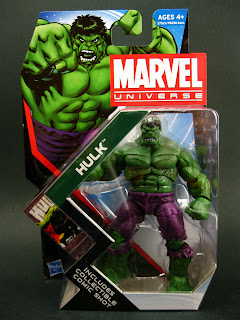 This is the figure that all Hulk fans have been waiting for!  Or at least the Hulk fans who like figures in the 3.75" scale and don't like the sculpt for the line's releases so far in Classic Hulk, Secret Wars Hulk, Red Hulk (old rating system) and Grey Hulk.  There's also Avengers 3-Pack Hulk, which is a first-ish appearance look on a reliable big buck, but he's almost a different character altogether. 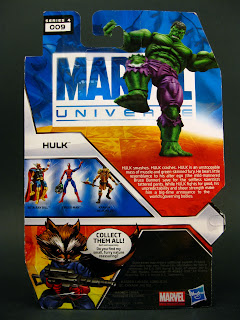 Then there's World War Hulk, who hit the right spot but is far from your classic-looking, Gamma irradiated, cuddly giant with torn stretchy pants.

I didn't like the head sculpt of the classic Green Goliath like most people (ditto with the repainted Grey Hulk variant), but I kinda dug the Secret Wars head sculpt with that body.  The neon-like green they moulded that figure with was an eyesore to some though.  And Red Hulk isn't really our dear, sweet Dr Bruce Banner at all. (He had a great head sculpt though.) 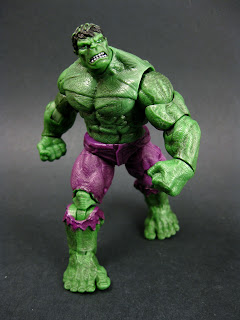 So this figure was an eventual must-produce for Hasbro.  And I'm glad to say they made it a must-have for us fans too despite they long wait. 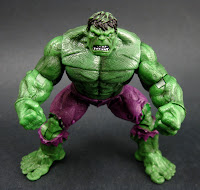 In fact, I'm sure they were deliberately taking the time in doing this, milking the success of the extremely popular World War Hulk figure and of course, the recent Avengers movie Hulk.  Because of these two things, any 3.75" Marvel Universe fan will probably want this Hulk, and that's on top of those of us who wanted him anyway the first time he was revealed at last year's San Diego Comic Con 2011!

Funny thing about this Hulk is that he's got no name other than "Hulk".  No Gamma Smash or Classic or Avengers or even a colour.  Since it's Hasbro's second go at the classic mainstream character, he's technically Hulk 2.0.  But I think I'll call him..."Worth the Wait" Hulk! (Or WtW Hulk for short.  Hah!)

Check it out!
Posted by SirDragonBane at 5:47 PM 41 comments: 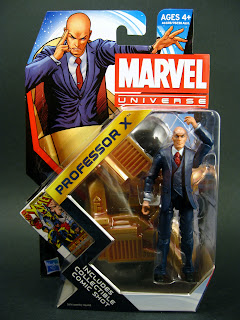 The first time ever I saw a pic of this figure was a couple months back on eBay--and his price was something like US$100 and climbing.  Chuck eventually sold for for a whopping one hundred and twenty-seven (or so) big ones.  Immediately I thought either someone on the inside got their hands on a few figures and snuck them out months ahead of their release, and/or Charlie X here was going to be so shortpacked people didn't care and were willing to pay US127  for him.

No more Prof X appeared for sale on the auction site and I never saw him again, until... 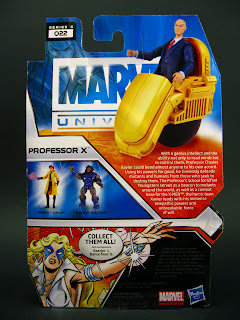 I walked into one of the specialty stores at China Square Central a couple weeks back and saw him right there on the shelf, flanked by Beta Ray Bill and The Hulk.  Needless to say I grabbed them up.  They each were tagged at S$30 a pop, that's about S$10 more than Marvel Universe retail, so I didn't want to get them all.  By process of elimination, I put Beta Ray Bill back--great sculpt, but he was the character that I knew the least about, and was most likely to be seen again, I thought.  I was then also about to chuck Chuck until the wife said, "I think you should get the professor.  He's rarer, isn't he?"  I couldn't keep my mind off the eBay auction price, so I agreed and put The Hulk back on his perch.  I was now the proud owner of the most powerful plastic mind in Marvel Universe history! 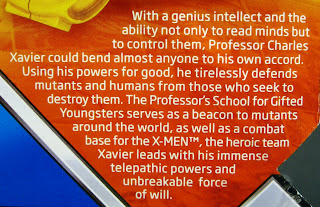 I returned later to get The Hulk for the Rangerlord, but that's another story. Of course, I did find Hulk again the following week for cheaper and got one for myself.  But that's also for another review.

Charles, Charlie, Chuck, the Chazz.  Whatever you call him, Professor X is a darn good figure.  And he's a great example of how Hasbro has been able to re-use resources to a refreshingly new effect!

Check it out!
Posted by SirDragonBane at 2:35 AM 22 comments: 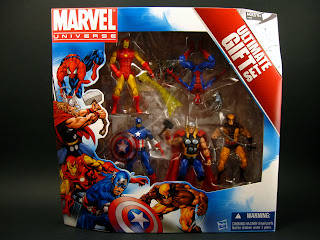 The Rangerlord and I stumbled upon this great set of your classic heroes at OG Orchard one day.  There were loads (more than 20) of this pack on sale at S$36.90 (down from $59.90), but no one was biting and they had been left lying there for a couple of months.  So when we both came upon it I had said, "Yeah, there it is.  The most expensive Captain America shield."

I was referring to when I had first seen this 5-pack on sale and told the Rangerlord, prompting him to say he wasn't going to pay that amount for the one thing that most would want from the gift pack. 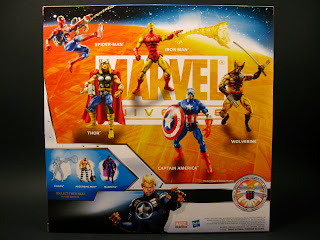 The shield is translucent, you see, and all the figures in the sets were very basic-looking re-releases.  But more on that later.  I wasn't really batting an eyelid at the pile, until RL turns one of the sets over and says, "Hey, they're $15 each."

Suffice to say that caught my attention.  We both snagged a set each after pouring through the boxes for a nicely painted Cap each.  (And Thor.  And Iron Man.  And Spidey.  Wolverine, not so much...Haha.)

After passing the set by for so long, I was curious to see what it offered.  So here's what I found! 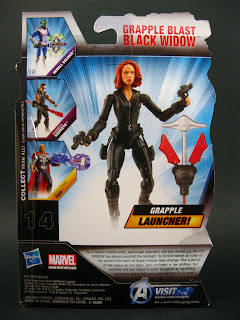 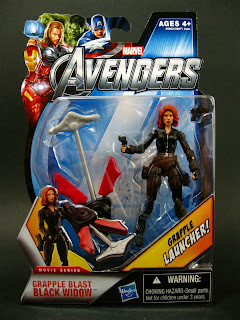 The story of how I managed to find this extremely rare figure some 2 weeks back can be read here.


Amazingly, I've been accused of being a scalper for finding and buying a couple of this figure (one for the Rangerlord) and the others I picked up that day.  Well guess what?  I've opened and reviewed the figure like I do for all my stuff, so there!

I do have to concede I was very lucky to find Black Widow.  And I hope all of you hoping to find one manage to hunt one down at retail.  On to the review! ;)

Check it out!
Posted by SirDragonBane at 5:20 AM 28 comments: